For 40 years now, DERFI has been innovating on a daily basis and accompanying you in all your problems related to adhesive tape cutting and label distribution. Today, DERFI is a reference in the adhesive tape cutting and label dispensing sectors. For many years, we have been working to offer you the best solutions for your tape rolls.
Our services

For 40 years now, DERFI has been innovating on a daily basis and accompanying you in all your problems related to adhesive cutting and label distribution.

It all started on July 01, 1978, when Mr. Denis Schmalholtz decided to create his company.

After having spent 25 years in an industrial machine development company, the desire to evolve alone and to offer unique designs was felt. A hasty departure, a renunciation of the benefits of seniority and a young family to support, all seemed like an unconscious, out-of-control and terribly risky ambition. And yet… work, rigor and perseverance have always been Mr. Schmalholtz’s watchwords and, based on these principles, he started the adventure without haste, accompanied by his wife Monique.

Driven by a strong will, the company will settle in the garage and already, partners and prospects are interested in the creator’s designs. Peugeot was the first customer to officially launch the activity. Finding a name was then mandatory and after days of reflection the decision was made: the company will be called : DESIGN EQUIPEMENTS REPRESENTATION FRANCE INTERNATIONAL, better known today as DERFI. 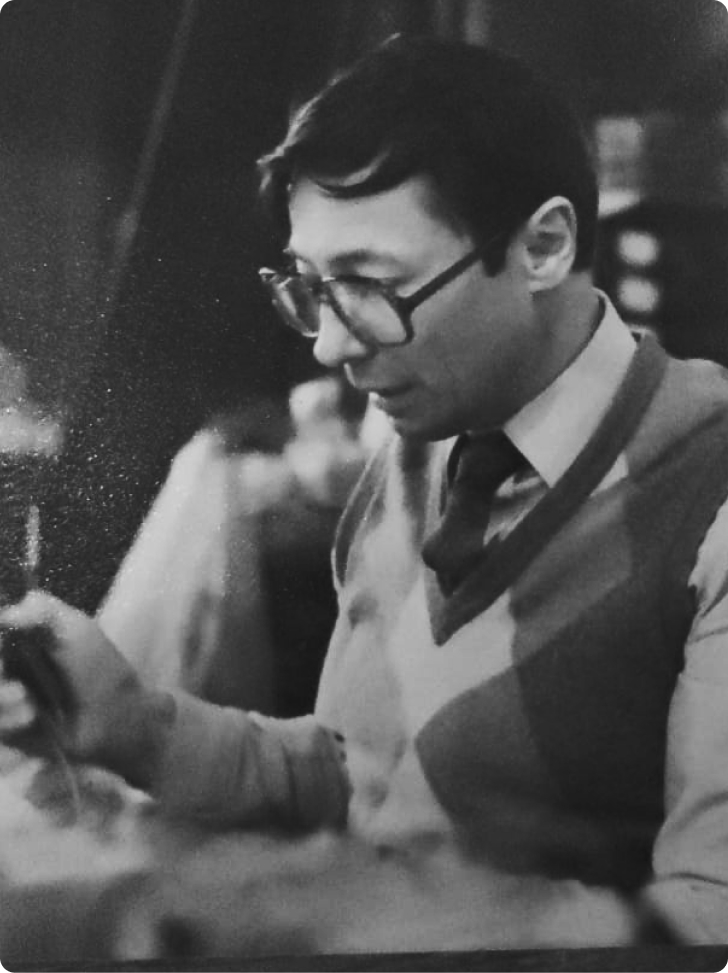 In 1980, only two years after its creation, the first office will be based in Argenteuil in the Val d’Oise (95). Faced with a workload that had become too heavy, the first employees joined DERFI without knowing that they would spend their entire career there.

The development of connectors allows DERFI to grow and move in 1985 to Cormeilles en Parisis where it will spend 30 years. During all these years, Denis Schmalholtz will dedicate his technical knowledge and ingenuity to the realization of machines for wrapping electrical cable bundles. They were highly appreciated for their reliability, efficiency and the unique response they were able to provide to this problem.

Even today, DERFI wrapping machines are still used to produce the cables for the wonders of aeronautics, defense and automotive construction that are the pride of our industries.

In 2015, after 38 years spent developing DERFI, Mr. and Mrs. SCHMALHOTZ make way for the next generation by preserving the values that are dear to them and by returning to their roots to take up residence in Argenteuil.

Today DERFI has decided to complete its offer with the supply and transformation of technical adhesives in order to propose to its customers a complete offer combining cutting tools and consumables.

One of the first wishes of the company is to privilege the human contact and the personalized advice for each of its customers. It is this close collaboration with the different industrial operators, methods technicians, continuous improvement technicians, craftsmen, as well as this enthusiasm for service and innovation, that has enabled DERFI to assert itself and build a real identity in the industrial sphere.

In this way, thanks to its experience as a customized service provider and its growing reputation, DERFI has been able to seduce the big names in French and international industry.

An ever stronger growth and influence

In 2020 Derfi opens a second office in Lyon and a sales office in Bordeaux. In order to be ever closer to its customers, the company decides to expand its walls in new regions in France.

Want to join our team?

Join us and discover all the career opportunities within our growing company!