This manual dispenser has been specially designed for the handling of liners, more specifically for double-sided and single-sided adhesives with protective liners.

The device is also equipped with a guillotine cutting system allowing the cutting of thick adhesives such as foams, VHB, Velcro, Scratch tapes, thick double-sided tapes, felt, but also aluminium tapes, lead tape and any other type of standard tapes.

The use of this tape dispenser represents a considerable time saving in intensive industrial production.

This manual dispenser is ideal for any industrial activity requiring the regular use of double-sided or single-sided adhesive tapes with protective liners. This is particularily handy in the application of adhesive tapes before sewing in the [leather goods] industry (SEO Maroquinier). This can also be very useful for shaping, watchmaking and other activities where double-sided tape is necessary.

The DSB50 SB is a manual dispenser mainly designed for the handling of double-sided adhesive films. The first advantage of this system is the time it saves when used on production lines and in workshops. The separation of the adhesive tape from the liner can be tedious and takes users a considerable amount of time. In addition, this operation is often very inconvenient because the adhesive strip must always be removed from the liner. This dispenser offers a simple solution to that by completing this task in a simple, fluid and above all very efficient manner. All the user has to do is pull on the adhesive tape and cut while the device will separate the adhesive strip from the liner.

The second feature of this double-sided tape dispensing device is its cutting system. The DSB50 SB is equipped with a guillotine style cutting system that allows the cutting of thicker than standard adhesive or non-adhesive tapes. To operate it, the user simply needs to exert pressure on the guillotine system which will cut the adhesive from above. The blade is slightly oblique, ensuring a very clean cut. This tape dispenser is therefore highly effective when cutting cutting Velcro, VHB, foam, felt and any other type of tape that is than 1 millimeter.

In terms of appearance and composition, the DSB50SB is manufactured from thick and robust painted sheet metal. It is also supported by a heavy base plate allowing the device to be used without having to mount it to a surface prior to use. Nevertheless, perforations are provided in order for the dispenser to be screwed onto a table or workbench for optimal stability.

The DSB50 can also be equipped with a toothed blade cutting system instead of a clean cut blade for the operator seeking to do more traditional cutting. This DSB50 with the serrated blade is found under the reference DSB50TB. This dispenser, unlike the DSB50SB, is also available for use with rolls that are 100 millimeters wide though this option is only available with a toothed blade cutting system.

This dispenser can also be mounted on a duralumin support allowing it to be coupled to the RT7000.

Finally, this adhesive tape dispenser is equipped with an adjustable brake that allows the user to adjust the unwinding resistance as needed. Depending on the type and size of the roll, the adhesive can be unwound more or less quickly thus disrupting the cutting to length of the adhesive. The presence of an adjustable brake is used to slow down and balance the variations in unwinding speed.

Note that if the outside diameter of the roll is larger than the capacity of the DSB50 SB/TB, the AFB50TB can be used.

Once the roll is properly installed, using the DSB50 SB/TB is very intuitive. Simple take the end of the tape and pull it to the desired length above the cutting line. For the DSB50 TB model, a simple downward hand movement will cut the tape. For the SB version, pressing down the guillotine blade with one hand will cut the tape.

Place the roll of adhesive around the main hub at the back of the roll, making sure to point it in the right direction so that the end of the adhesive tape points upwards. Then pass the adhesive film over the upper unwinding cylinder and then separate the adhesive strip from the liner. Bring the adhesive part to the cutting line and then wrap the liner around the lower cylinder. To cut a piece of adhesive, simply pull the tape towards the cutting blade and lower the guillotine onto the adhesive.

The DSB 50 SB /TB double-sided adhesive tape dispenser with liner separator has been specifically designed to withstand the hazards of industrial activity. This sturdy manual dispenser will require virtually no maintenance.

However, it is possible that after intensive use, glue residue may accumulate on the device’s blade. In this case, apply a conventional detergent to remove all traces of glue and dust.

DERFI keeps stock and offers the speedy delivery of all the detachable components for the DSB 50 SB/TB manual double-sided tape dispensers. Contact us via email or simply use our online form to order spares.

You wish to obtain the product datasheet

You want to do the maintenance yourself on this equipment ?
We recommend keeping these references in stock : 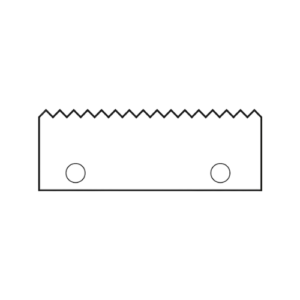 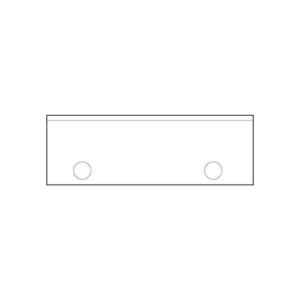 Ask for the datasheet

Ask for the datasheet

Compatible with our DJUMBO single-sided tapes: